A research project from the University of Macau (UM), titled ‘Research on Key Technologies and Platforms for Collaborative Intelligence-Driven Autonomous -Driving Vehicles’, has been listed under the Macao Funding Scheme for Key R&D Projects, becoming one of the largest research projects in Macao’s history. Thanks to this research project, the university’s faculty members and students will hopefully be able to experience autonomous vehicles on campus in the near future.

Autonomous vehicle technology is an application of artificial intelligence and represents the future of the automobile industry. An important part of smart city development, autonomous vehicle technology is developing rapidly with the support of China’s Next-Generation Artificial Intelligence Development Plan and Innovative Development Strategy for Smart Automobiles. However, despite government support, the technology still faces many challenges in its application. In this project, the UM research team will tackle two major issues, namely ‘swarm intelligence and cooperative control of connected vehicles in large-scale and complex situations’, and ‘high robustness and adaptability of autonomous driving in uncertain open environments’. The researchers will comprehensively study and examine the applications of technologies in the fields of the Internet of Things, 5G telecommunication, cloud computing, and artificial intelligence, in the development of autonomous vehicles.

The team is formed by members of various leading institutions in the field of autonomous vehicles in mainland China, including the Chinese Academy of Sciences, the National University of Defense Technology, Baidu, and Haylion Technologies. The person in charge of the project is Xu Chengzhong, leader of the smart transport track in UM’s State Key Laboratory of Internet of Things for Smart City, who is also the dean of the Faculty of Science and Technology and chair professor of the Department of Computer and Information Science. As a public university with the most state key laboratories in the west of the Guangdong-Hong Kong-Macao Greater Bay Area, UM has attained many research breakthroughs over the past two decades, thanks to the support of the central and Macao SAR governments. The autonomous vehicle project was made possible with the joint efforts of institutions between Macao and mainland China. With the participation of experts and scholars from both sides, the project is expected to meet the demands of a new era and improve people’s quality of life.

Launched by the Macao Science and Technology Development Fund, the Macao Funding Scheme for Key R&D Projects provides support for projects in three fields, namely artificial intelligence, the development and quality control of drugs based on traditional Chinese medicine, and precision medicine. The scheme is expected to integrate technological resources in Macao in order to promote interdisciplinary collaboration, collaborative innovation, and the commercialisation of research results.

Source: Faculty of Science and Technology 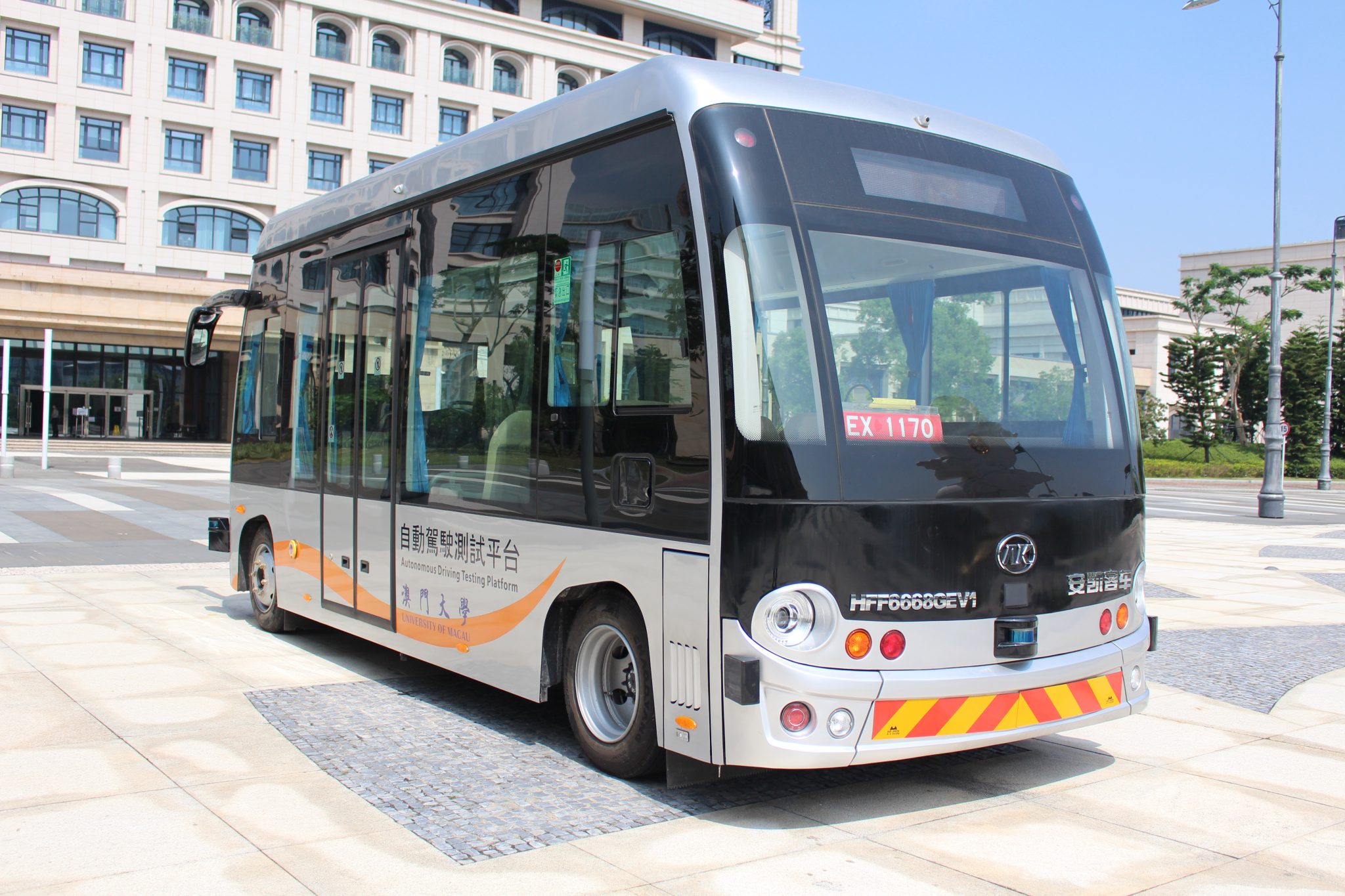